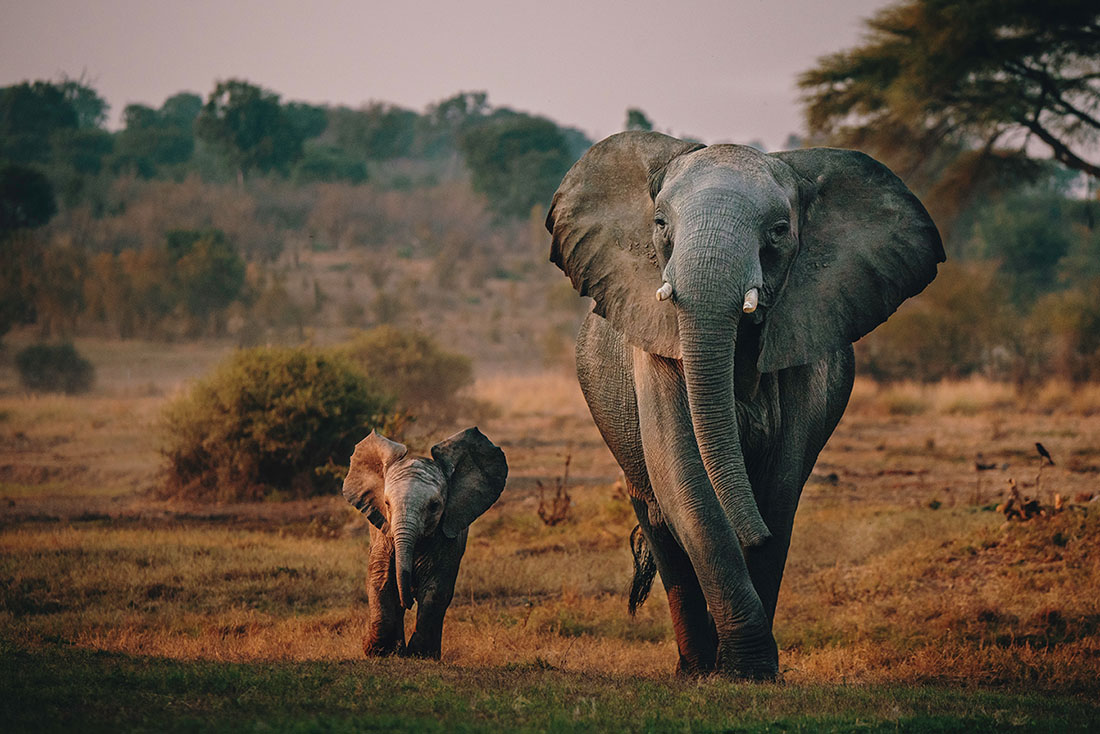 Do you want to read all the articles, including all the photos, read our magazine

“It’s a privilege to watch and encounter many different animal species around the world. Just imagine you are getting pushed over by mountain gorillas, having a chimpanzee shaking your knee, or sitting with a bear and her cub while they feed, in Kamchatka, Russia.” For the IT expert Gautam Shah, these types of encounters were his way of exploring the world. All the money he earned and the holidays he saved, were directly changed for trips across the world.

At one point, though, his mindset shifted. He realized that seeing wildlife and having such inspiring encounters should not just be for the wealthy or the privileged. Everyone should be able to experience things alike. And so he decided to transfer his skills in IT to a totally different field of expertise: nature conservation.

Gautam, can you tell us more about the switch that you made? What got you to the point of changing careers?

There are a number of things that made me realize that I wanted to change something. One of the things that I was doubting about was my current job. Day after day I was working on micro challenges. They were quite difficult, which kept me occupied and happy. However, the macro challenges that were attached – basically the greater goals that I was working on for the business – were not of any interest to me. I wanted to change that, so that everything I would be doing would have a positive impact on the world.

Secondly, I had already been traveling to many places. Due to that, I knew a lot about nature and wildlife, but I had no clue about nature conservation. I was eager to learn more about it. That was also the point at which I thought to myself; do I want to become a complete beginner in a new career, or am I going to put into practice my own knowledge in this new field?

Thirdly, I had been working up to making more impact in my own job already. So that played a significant role in making the career switch. In my previous job, I already asked for the non-profit practices, which sent me to Kenya. I was doing IT work there in the field of education, health, youth economics and more. Even though these fields were completely new to me, I felt like I had a role to play. It dawned on me at that point that I didn’t have to pursue a career in biology or zoology to actually get a job in that field.

That sounds inspiring, but I can imagine it’s still a great leap into the unknown. How did you get started?

To get started, I attended the THNK School, the Amsterdam School of Creative Leadership. It’s like a design school for business people, and a business school for design people. You don’t exactly have to be an entrepreneur to apply, but you will be working on a new business model or plan of your choice.

During my attendance, we had to visit the school four times in six months, for a week at a time. During these weeks, you set up a business plan, while continuously reframing your ideas. That’s how I got the idea of the Internet of Elephants. During the week it solidified and I knew I had to get it done.

As you have a group of people around you, all with different backgrounds, everything comes together in the THNK School. One of the women from my group was a game designer, so she was very involved in the first stages of Internet of Elephants as well. From that point on, we further developed and built the business. 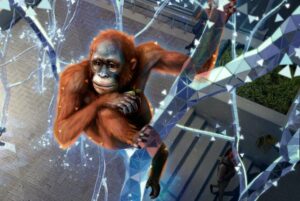 Can you tell us something more about the business, what it entails, and which projects you run?

We exist for the purpose of creating stronger bonds between humans and wildlife. We do it through digitally oriented applications. Not just games, but also different forms of implementation, like the metaverse. Besides that, we have a second common thread. In everything we do, scientific data is used.

The reason why we only use scientific data is simple. We found out that a lot of scientific data is gathered, such as GPS tracking and photo identification, but barely anyone ever sees it. The only purpose for all that data is the scientific research that it belongs to. By using this data where individuals are often tracked, we can create a story. That gives us the opportunity to say “Hey, here is Fio the Orangutan”, instead of “Hey, here is an Orangutan.” Making a connection with identified individuals is always easier than it is with a group of animals or an unidentified individual.

Besides doing everything digitally and with scientific data, we also have the goal to partner up with already operating organizations. This creates easy opportunities to show our work to the public eye and it increases our reach instantly.

Which game or application is your own favorite?

I’m probably most proud of ‘wildeverse’. It’s an augmented reality game with content from Borneo and Congo. It puts you in the position of a researcher, but you can experience it from your own house. You will be looking for feces, tracks and real-life animals. At the moment of telling you this, I wish we could make it better and expand it. But, I do think it was technically advanced at the time of launching.

With the Internet of Elephants, you became a National Geographic Fellow and Grantee. How has that affected your journey of entrepreneurship?

Let me first tell you that I applied for the grant without asking for any financing. I was just very eager to join their network of grantees and other fellows. After I did become a Grantee and received the money, the network was the first thing I thought of. For example: if I now want to meet a penguin researcher, someone is either in my network, or there is a connection with someone from my network.

Besides that, becoming a fellow and grantee has given Internet of Elephants instant credibility. It helps when you talk to conservation organizations or investors. If National Geographic has trust in what you do, it gives off a signal that they can too. I wouldn’t say it opens doors, but it sure helps when doors are already open.

Thirdly, it helps us to grow our business. As I said before, we will never become as big as National Geographic themselves, they do incredible work. But, as we are now part of them, opportunities arise to collaborate, both with them and with partnering organizations. 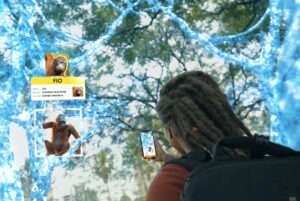 As you mentioned before, your goal has shifted from creating games to working with online applications. We also shortly mentioned the metaverse. Can you tell our readers a little more about this new world and how you think it will benefit our connection to wildlife and the natural world?

Well, this connects perfectly to your previous question, about collaborating instead of constantly creating new things ourselves. The metaverse is and will be the online location where we will meet, work and spend most of our time if we are to believe all the projections of the future. However, nature is not at all (truly) represented in this online world.

So, we have started to think about this and we realized that nature should be represented in a real way as well, instead of in a dystopian way. So that’s our reasoning behind working in the metaverse. If we can portray real nature in the metaverse, just like we see it outside, we can once again strengthen our relationship to our surroundings.

If you want to know more about the Metaverse, you can read one of our recent articles here: www.ssir.org/articles

I think it’s important to say that I don’t want to tell you how your relationship with nature should be, or how your perspective about nature should be. I don’t think that is our role at Internet of Elephants, nor is it my personal role.

I do think we can create opportunities for you to find out yourself what your relationship to nature is. For me, it changed my life to spend time with an Orangutan, and I would love for you to experience moments like these yourself. So if I could arrange that, I would. Creating the games is the second-best option for now. So go explore yourself and just experience! 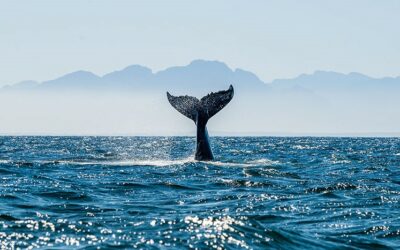 Stichting rugvin is an independent organization who monitors and researches whales in the North Sea and Oosterschelde.

Staatsbosbeheer and the Dutch big five

A very interesting article about what Staatsbosbheer does and which animals are known as Dutch big five. 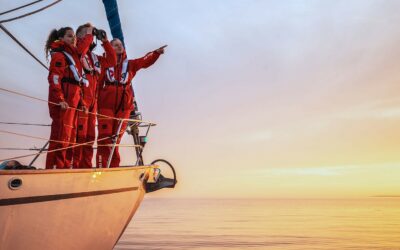 A Dutch engineer who is part of the Sea rangers explains how they try to save the ocean.